This week we look back to our Toppyjazz tour through Europe this Summer. We were in France at Rennes-Les-Chateau and Rennes-Les-Baines because of Kate Mosse's book Sepulchre. Pitty Kate made some mistakes in the book.(Mixing the names of Rennes-Les-Baines and Rennes-les-Chateau.-Mixing 1800 and 1900-etc.). We jump at her link with Claude Debussy. We visited in Germany the beautiful place Göttingen, you'll hear French singer Barbara. And some talk about Carl-Johan Vallgren with his book and his band. We got the latest cd from our friends of Blue Canoe Records. It's from The Rock Tronic these are Joseph Patrick Moore, Chris Blackwell and Wayne Viar. Buy it! Blue Canoe Records Playlist : 01 - Prelude de Suite Bergamasque - Fred Hersch (album The French Collection) 02 - Göttingen - Barbara (album Réveuses de Parloir) 03 - Kreuzberg SO 36 - Carl-Hohan Vallgren (album Livet) 04 - Medley - Mezzoforte (album Live in Reykjavik) 05 - Joseph Patrick Moore Toppyjazz jingle (courtesy Blue Canoe Records) 06 - Surrender - The Rock Tronic (album Magnificent Obsession) 07 - Hard Eight - The Rock Tronic (album Magnificent Obsession) 08 -I Could Write A Book - Dinah Washington (album For Those In Love) 09 - Talk To Me Baby - Terrie Richards Alden (album Voice With Heart) 10 - Echoes of Harlem - Dan Barrett (album Harlem 2000) 11 - Bullett Train - Marcus Printup (album The New Boogaloo) 12 - Come Rain Or Come Shine - Sarah Partridge (album Blame It On My Youth)
at October 29, 2014 No comments:

We´re proud to present the latest album TRACES by Deborah Henriksson. This is another fine album after The Hearts Cry from 2012. The story of this album is unique from the others in that Traces is about Henriksson’s search for her own voice, trying to figure out what she had to say musically after spending so many years gracefully interpreting everyone from Mozart to Joni Mitchell. The epiphany to start writing her own lyrics came from her frustration over trying to finding fresh outside songs that captured what she wanted to communicate as an artist. She saw this as a watershed fork in the road – either keep doing the same thing or dig deep to see what she could pen herself. She and Nyman experimented with different approaches to songwriting, but in the end, rather than simply write poems for him to set to music, she generally sat with him as he created melodies and arrangements and – filled with fresh inspiration – she would go off and start writing lyrics. Her first completed song was the dreamy, lyrical, pennywhistle infused “Eveline,” in which she encourages a girl who had lost her way to look forward to a brighter tomorrow – a perfect reflection of the general sense of optimism that infuses Deborah’s words throughout. Other key songs include the whimsical, soulful “Fallen Disguise,” a semi-autographical piece about daring to be who you truly are, and the spirited folk driven “Trains,” based on a childhood memory hearing the train from New York City pass through her hometown of Morristown, NJ in the morning. “As the album title implies, these songs are traces of life lived, echoes of feelings and experiences common to many of us,” says Deborah, shortly after returning home from a jaunt to Dublin, where she performed many of these songs at local pubs and at the You Bloom Festival. “To leave such a trace in the form of lyrics is a vital form of expression for me and I share these songs in the hopes that they will resonate and show that we’re not alone on this journey. Other fine albums we airplay by Nikky Yanofsky, Julia Boman and JeanFrancois Prins and Judy Niemack. Playlist : 01 -Lullaby of Birdland - Nikky Yanofsky (album Ella of Thee I Swing) 02 - Necessary Evil - Nikky Yanofsky (album Little Secret) 03 - Favourite Things - Julia Boman (album My Favourite Things) 04 - Angel Eyes - Julia Boman (album Favourite Things) 05 - Trains - Deborah Henriksson (album Traces) 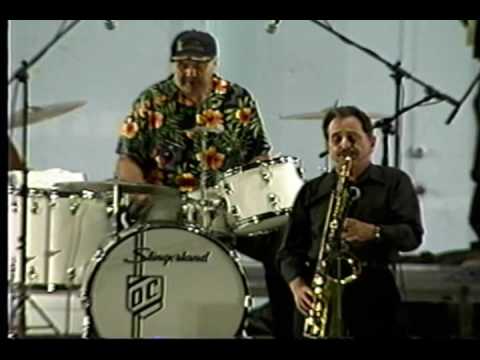